Imagine if you could have achieved a 54% growth on your managed fund in 2019?

All of this with

Download case study to see how this was possible

Where should we send your copy?

A New Approach to Investing 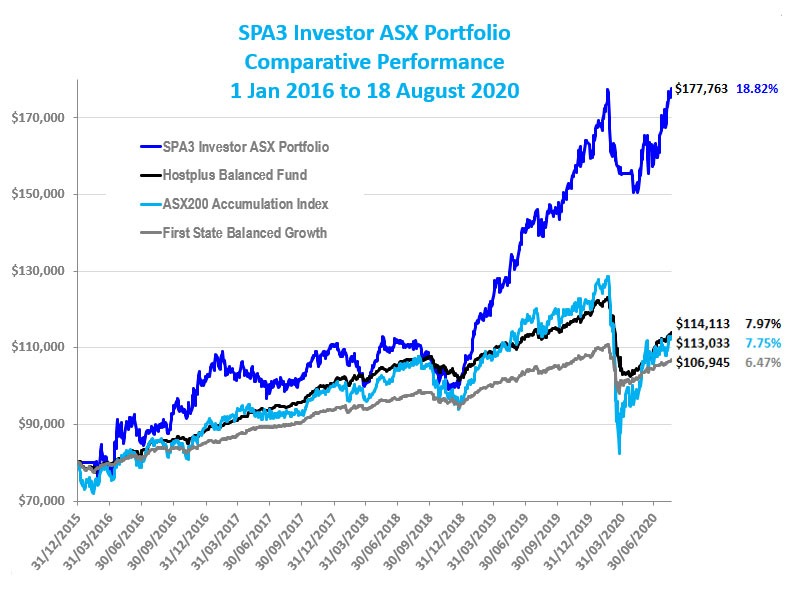 This case study provides the fully auditable, real-money evidence of how you could have achieved similar returns in the stock market to the royal blue line in the chart alongside using the SPA3 Investor system. Regardless of your investing experience.

Since January 2016, we’ve managed a portfolio that precisely follows each buy and sell signal indicated by SPA3 Investor. This is what it achieved 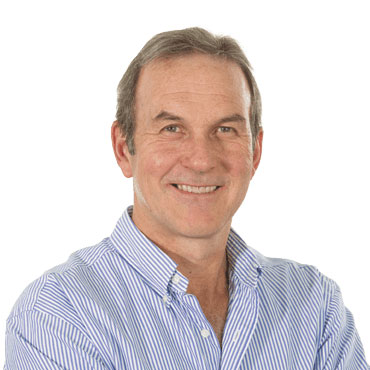 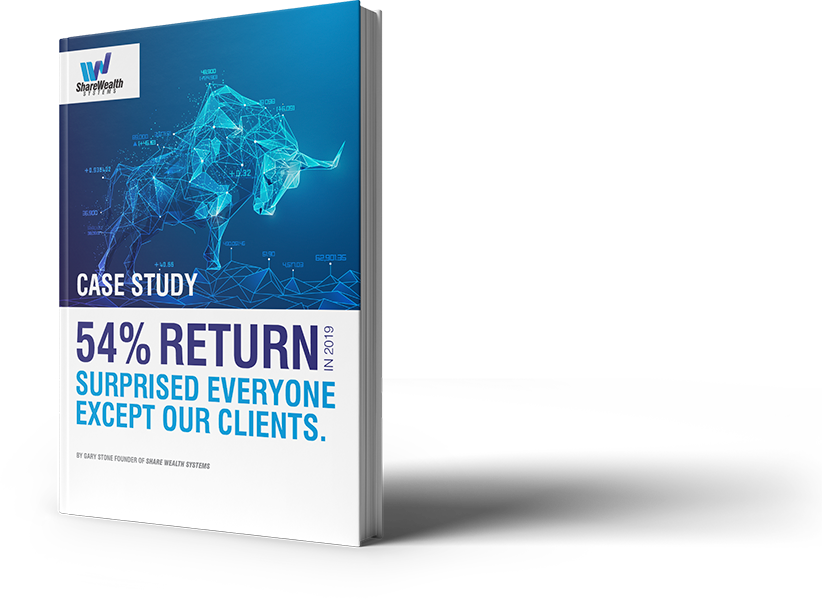 Your next step is to find out in the Case Study

See the Broker Reports that list the actual open and closed stock positions.

What our clients say

“… Previously, I would stress and worry about the markets when they were falling, Share Wealth Systems has removed that worry completely.

The system got me safely into 100% cash before the recent big falls due to the Corona Virus selloff. The calm I am experiencing during this selloff is appreciated!

… I have my two major risks covered. Firstly, the risk of losing huge amounts of my capital in a selloff is mitigated, and secondly, the risk of not taking maximum advantage of what returns the market has to offer.”

“For many years I have personally utilised the Share Wealth Systems as well as performed a significant amount of my own back-testing/research. As a consequence I have the utmost faith in SWS’s SPA3 and can execute the process without hesitation or reservation.”

“Share Wealth Systems provide objective, mechanical methodologies to engage the markets whilst also providing flexibility in customising the approach that best suits your situation. SWS also provide excellent education in trading/investing in the markets. Most of my investing is now based on the SWS methodology. When I’m asked how I engage the markets, I refer them to SWS as one of the best ways I’ve found.”

“I have had a great 2019 using SPA3 Investor. It’s simple to use and the support you give is fantastic. And it’s fun”

Gary has a Bachelor of Science degree majoring in Computer Science and Mathematics. He started his
investing career in the stock market in 1990.

Gary combined two of his main business interests, computing and the stock market, to establish Share
Wealth Systems in 1995, which provides Investment Systems and coaching to self-directed investors.

Over 25 years Gary has invested over 8000 hours in research to build and refine these two
investment systems.

His business has also developed its own commercially available intermediate-range charting and
technical analysis software, called Beyond Charts.

Gary has had over 200 media appearances on TV and radio in Australia from 2008 to 2020 (Sky Business
Channel, TickerTV, Money News radio show) and over 50 interviews on radio in the U.S.

Gary is the author of “Blueprint to Wealth: Financial Freedom in 15 Minutes a Week.”, which was
published in 2016 and is available on Amazon in Kindle, paperback and hardcover.