In last week’s post I looked at how the declining value of the Euro currency had negatively impacted on the value of the EWG ETF despite the fact that the underlying DAX Index had risen significantly since the middle of October last year.

This week, we will look at the inverse situation, where a declining currency value has had the opposite effect and given rise to an outperformance of the ETF when compared to the underlying share market index. The index in this case is the US S&P500 index and it’s tracking ETF that is listed on the ASX, the IVV. The currency is the Australian dollar.

The S&P500 Index has been in a steadily rising uptrend since late 2011, as shown in the chart below. 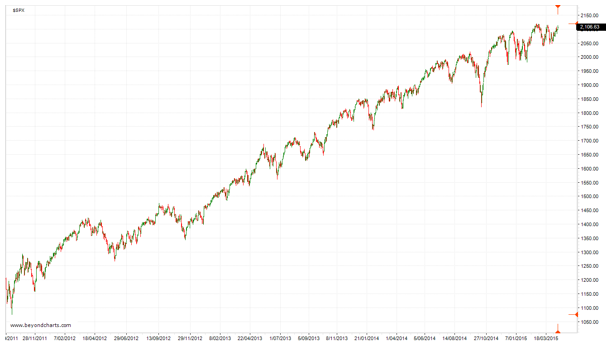 The corresponding US listed ETF that tracks the S&P500, the IVV, has a virtual mirror image chart pattern, reflecting the fact that both are denominated in US dollars and that the IVV closely tracks the S&P500. The following chart shows the S&P500 (blue line) overlayed on the IVV: 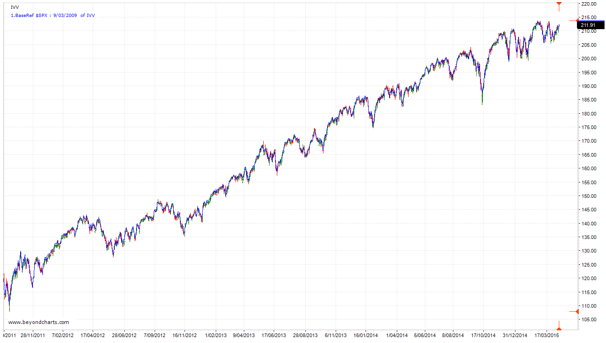 If we now take a look at the ASX listed IVV ETF, we will notice a very different chart to the IVV listed in the United States: 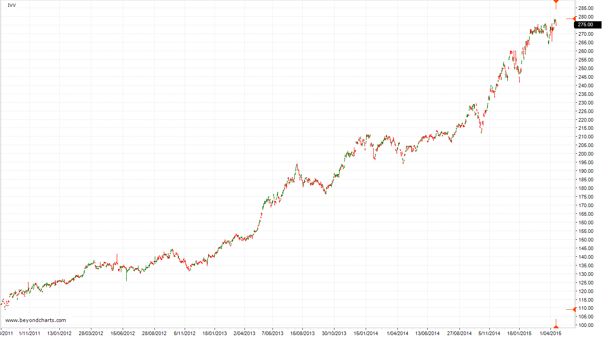 The difference in the price movements of the two listed IVV ETFs, one listed on the US Exchange and the other listed on the ASX, when compared to the underlying S&P500 Index arises as a result of movements in the value of the Australian dollar. 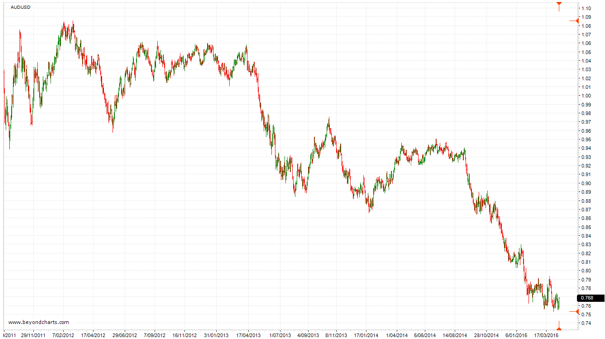 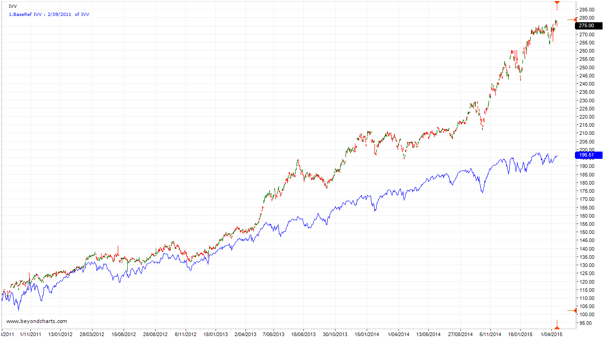 Once again, the idea of this post is to highlight some of the complexities and inter-relationships that we need to consider when investing in the global market place.

It also highlights the importance of conducting our analysis on the actual ETF and NOT on the underlying index which the ETF tracks.