A month ago I looked at the hard right hand edge of two charts in which a symmetrical triangle had occurred following a SPA3 entry signal, viz. INPH and ARWR.

These are examples of real money trades that I entered in our publicly traded real money SPA3 NASDAQ Portfolio.  The entries were triggered by SPA3 entry signals.

The two charts in early September looked like this. 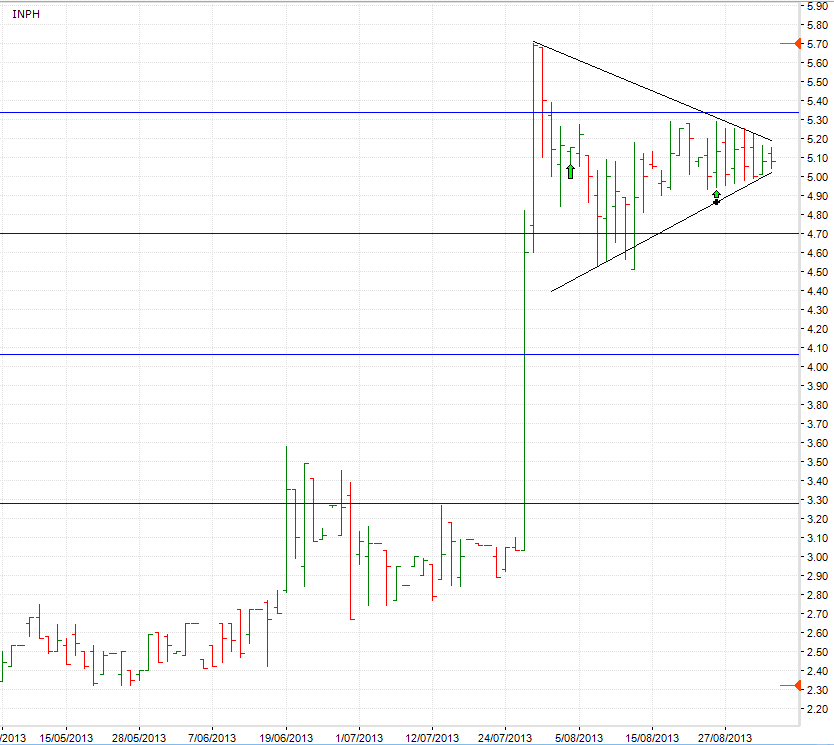 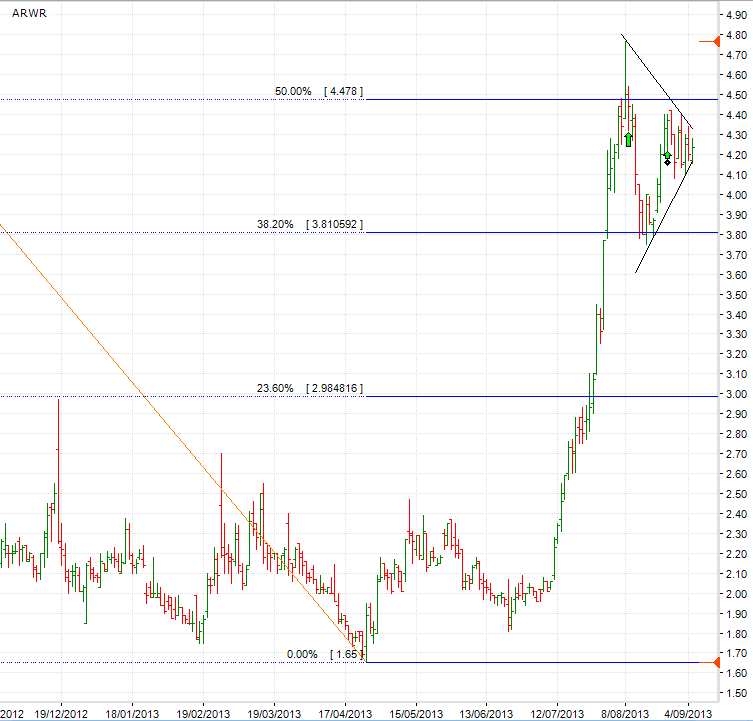 At the time I wrote:

If they don’t work out we’ll get an exit signal to limit our loss and we’ll move onto the next SPA3 signal which invariably coincides with one or another technical analysis price pattern.”

Well how did they pan out?

INPH resulted in a small loss trade of 4.78% after brokerage, after an initial breakout from the symmetrical triangle that failed soon after. The SPA3 exit signal saved a larger loss for a medium term horizon after the breakout only achieved half of the potential flagpole projection.

Technical patterns are not a dead cert, just probabilistic. If they were a dead cert you would just use profit targets and would not need to deploy any exit signals that are protective of downside price movement. However, they are not dead certs. That is why I prefer to call investing or trading by another name, risk management. 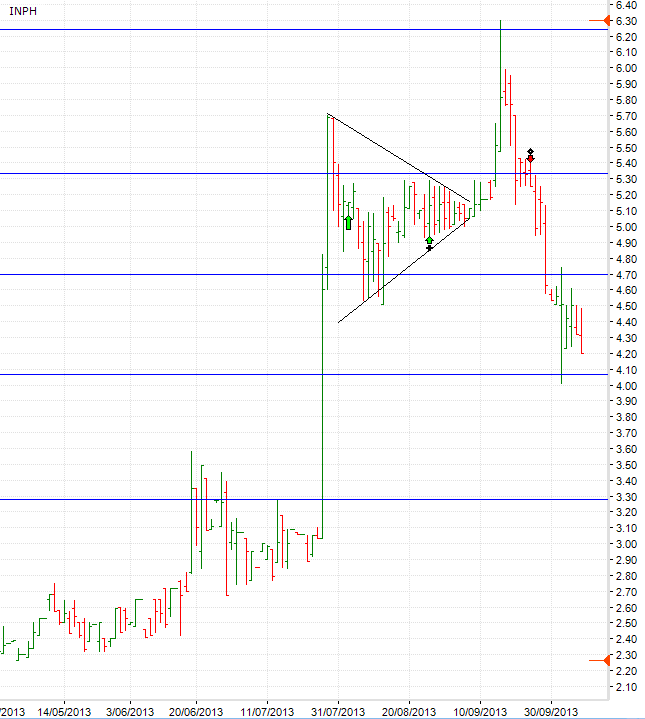 However, ARWR broke out of the symmetrical triangle and SPA3 exited the trade on a Profit Stop exit for a 40.1% profit, including brokerage. 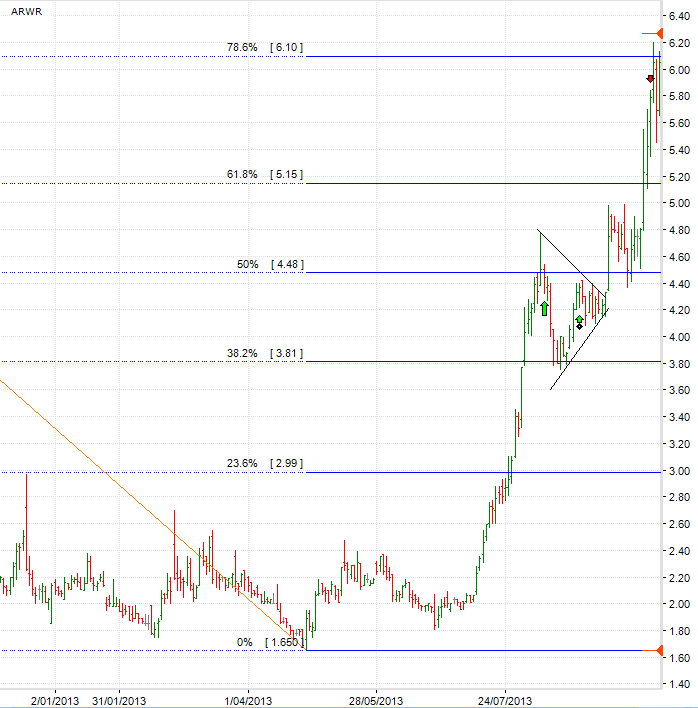 The flagpole projection for ARWR indicated that the price might reach $6.55 which it didn’t in the first breakout run. However, a second run has started since the SPA3 Profit Stop where the price rose strongly and closed at $6.82 on 8 Oct, a -2% down day on the NASDAQ.

There are many technical analysis patterns, such as the symmetrical triangle that, on probability, work well and can be traded very profitably.

However, over a large sample sustained profitability with acceptable drawdown will depend on how the price action is managed AT and AFTER entry, meaning that position size, exit strategies and error minimisation are just as, if not more important than the entry.

The full acceptance in this last statement lies in the beliefs and principles that I have written about in previous blog postings which essentially comes down to:

Ultimately all these points are connected in some way which means that developing and improving all of them marginally can lead to exponential improvement in outcomes.

The above two example trades display the probabilistic nature of active investment. Move towards thinking from this perspective and deploying an objective framework with an edge and your trading results will improve….