This article has been prepared in response to a comment made by Shawn 30.04.2014

May I ask what the SIROC momentum indicator actually is?”

A vital aspect of being able to trade the markets successfully is a trader’s ability to recognise trade set-ups and market moves. Just like a ship captain who bases his decisions on the ebb and flow of the tide and direction of wind, a trader uses technical analysis to recognise the up and downward cycles of individual stocks and overall market direction.

Technical indicators are widely used to identify these cycles as their algorithmic nature, in combination with a securities price action, can be monitored and measured with a formula.

To understand the benefit of using a momentum indicator and to respond to the comment above, in this blog I explain the use the indicator at the heart of the SPA3 trading system – the SIROC. SIROC stands for Smoothed Index Rate Of Change. When combined with the Relative Strength Comparison indicator, SPA3 can identify the stocks that are on the rise and outperforming the market.

The SIROC is indexed between 0 -100 which makes determining the overbought and oversold zones more objective to the trader. In comparison to other momentum indicators, the SIROC shows more consistent and smoother slopes, peaks and troughs, making it easier to see which stocks are sitting within the overbought or oversold zones.

For the purpose of this post, I’m going to focus on the practical workings of the indicator. For those not familiar with technical analysis or momentum indicators, don’t worry, SPA3 does the analysis automatically.

The image below of JB Hi-Fi contains 3 separate charts, first is the weekly price chart (1), the middle chart is the SIROC indicator (2) and the bottom chart is the RSC – Relative Strength Comparison (3). 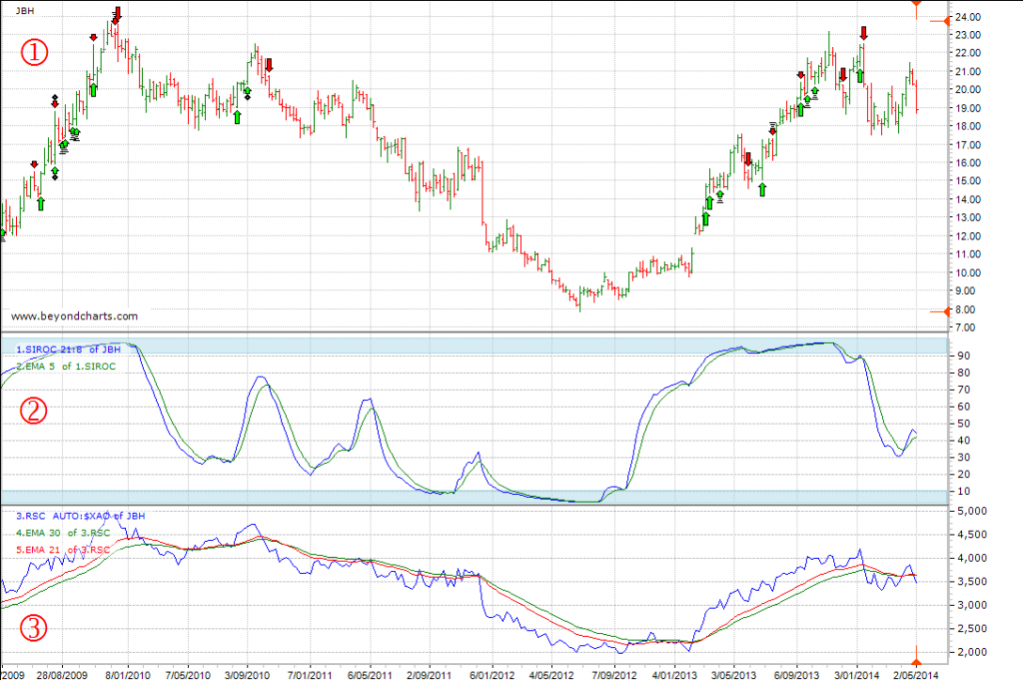 We now combine the use of the SIROC and the RSC. When the RSC is outperforming, and the SIROC is showing positive momentum we take buy signals which are generated by the SPA3 system. 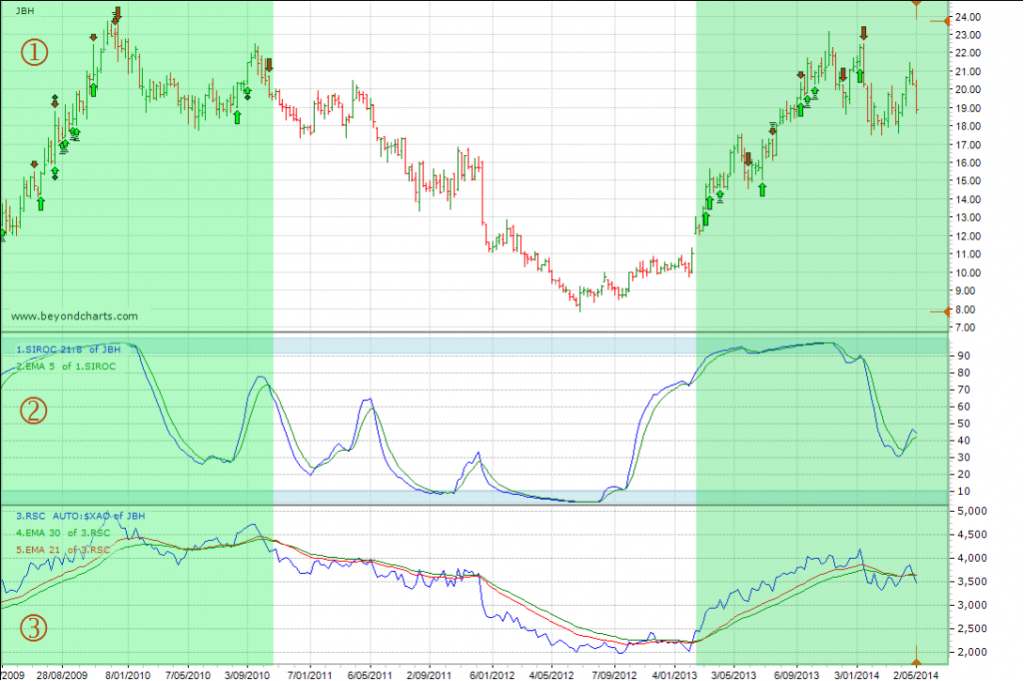 On the chart of JBH above, you can clearly see the buy (green) and sell (red) signals displayed in chart (1) during 2009 and 2013. However, throughout much of 2010 -2012, JBH was in a clear down trend retracing some 50% from its peak. Although the SIROC indicator did experience some short term rises during this period, due to a small number of rallies, JBH was underperforming the market index (as seen by the RSC in the chart (3) declining and tracking below the EMA).  As securities must be outperforming the market for SPA3 to consider buying, JBH was not a consideration.

Eventually the tide turned and in March 2013 JBH began rising faster than the market index. Shortly afterwards, a medium term buy signal was generated by SPA3 and JBH was considered again. JBH continued outperforming the market with a strong SIROC until late in 2013.

The SIROC indicator helps identify securities that are rising in the medium term and the RSC complements it by ensuring that they are outperforming the market.